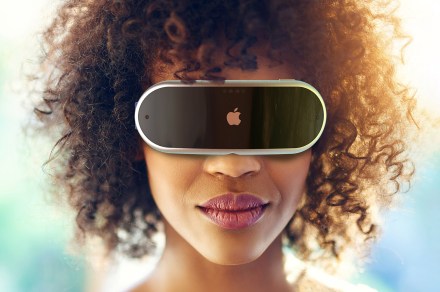 Just days after news emerged that Apple could be close to unveiling its highly anticipated mixed-reality headset, new information suggests that mass shipments of the product may be delayed until the second half of 2023.

The news comes courtesy of analyst Ming-Chi Kuo, whose contacts in Apple’s supply chain have helped him to call it right on other Apple-linked news in the past.

The potential delay is attributed to “software-related issues,” Kuo claimed.

In a thread on Twitter he shared on Sunday, December 4, the Taiwan-based analyst said that despite Apple potentially shipping the headset later than expected, it could still unveil the headset in the first half of 2o23.

As MacRumors points out, Kuo had previously suggested that the tech giant would show off the headset in January and start shipping it in the second quarter of 2023, but on Sunday he said he had no information on whether the January unveil will still go ahead. But if, as now seems possible, the product doesn’t appear in January, Apple’s annual Worldwide Developers Conference in June would seem like a likely date for Apple to finally reveal its long-awaited headset.

To be clear, Apple is yet to make any official announcement regarding its headset, which is expected to combine technology enabling both virtual reality (VR), which lets you explore a virtual world comprising digital and video imagery, and augmented reality (AR), which overlays virtual elements on top of the real world that you see before you. But numerous leaks — and comments made by Apple CEO Tim Cook — have all but confirmed that the tech company is intent on bringing its own mixed-reality device to market in the near future.

Kuo’s latest update on Apple’s mixed-reality headset follows a report on Friday that the operating system powering the device has been internally renamed to “xrOS,” replacing the originally  expected term “realityOS.” The “xr” reportedly stands for “extended reality,” a nod to the device’s capability to work with both VR and AR.

One company that is closely watching developments is the mighty Meta (formerly Facebook), which recently announced its premium Quest Pro mixed-reality headset and is also investing huge amounts of time and money in creating the metaverse, a virtual world for work and play that you enter via its headsets.

To get an idea of the current state of Meta’s technology and also gain some insight into what Apple needs to do to hit the ground running with its own headset, check out what happened when a Digital Trends writer replaced his MacBook Air With Meta’s Quest Pro for a full work week.