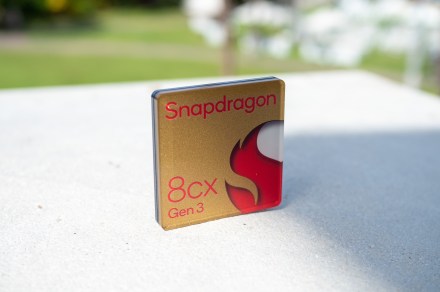 A new report indicates that Qualcomm is working on a 12-core laptop processor that seeks to present a true challenge to both pf Apple’s M-series chips –and it’s coming in 2024.

The information comes from a tweet thread by developer Kuba Wojciechowski (and spotted by Notebookcheck), who details an “extremely promising” new chip, as described by the developer’s claimed sources. Going by the code name “Hamoa,” this Qualcomm chip is reported to have eight Performance cores and four Efficiency cores, and more interestingly, a “similar mem/cache config as M1.”

The tweets even indicate that, for the first time, these chips could be paired with discrete graphics cards, which would be a first for ARM-based PCs.

In other news: Qualcomm&#39;s working on a 2024 desktop chip codename &quot;Hamoa&quot; with up to 12 (8P+4E) in-house cores (based on the Nuvia Phoenix design), similar mem/cache config as M1, explicit support for dGPUs and performance that is &quot;extremely promising&quot;, according to my sources.

So where does all this promising performance come from? Well, the tweets say this new chip is “based on the Nuvia Phoenix design,” a CPU core architecture that is made by a startup company that includes ex-Apple and ex-Google processor engineers — and was purchased by Qualcomm in 2021. This upcoming Hamoa chip could end up being the first fruits of this acquisition, and is possibly being delayed by Qualcomm’s ongoing legal feud with ARM.

These chips, as Notebookcheck observes, could appear in either laptop or desktop form factors, providing this “extremely promising” performance to a wide variety of PCs and devices.

This news follows up the launch of what might be the most high-profile Windows on ARM device ever, the Surface Pro 9. The device features the Microsoft SQ3, which is a customized version of Qualcomm’s Snapdragon 8cx Gen 3. Microsoft is a big supporter of ARM-based Windows laptops, and after the past two years of Apple’s M-series devices stealing the show, the stakes have never been higher.

Yet for all the talk of Windows on ARM, the promise of these devices still remains unfulfilled. Qualcomm has really been the only serious player in the game, and its attempts to take on Intel, AMD, or Apple still haven’t produced the kinds of results that have laptop manufacturers and potential buyers convinced by. Qualcomm has, so far, had three generations of its Snapdragon 8cx SoC (system on chip), and the number of devices that have adopted these chips remain slim.

But if Qualcomm really does have a serious contender on its hands, it’ll be fascinating to see how it shakes up the game.