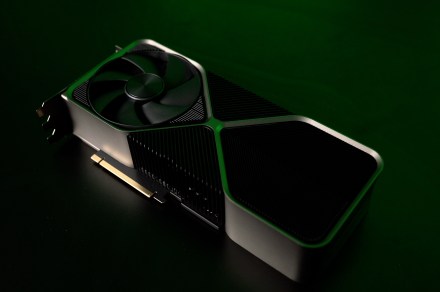 Nvidia’s monstrous RTX 4090 is finally here, and it’s powerful (just read our RTX 4090 review). It’s so powerful, in fact, that there aren’t a lot of games that truly showcase the GPU’s power. The RTX 4090 is the best graphics card you can buy, but you’ll want to install a few key games to show off what the GPU is capable of.

There are a few games that still push the RTX 4090, though many of our recommendations come on the back of Nvidia’s Deep Learning Super Sampling (DLSS). DLSS 3 includes a frame generation setting that’s only available on RTX 40-series GPUs, which helps a lot of games that are traditionally limited by your processor hit a high frame rate.

Cyberpunk 2077 is still an extremely demanding game, even two years after launch. Prior to the RTX 4090, you’d have to cheat in some way or another to get a smooth frame rate with all the visual bells and whistles. No longer. At native 4K with full ray tracing, the RTX 4090 was able to crack 40 frames per second (fps), which is nearly double the RTX 3090 Ti.

It’s an impressive tech showcase of just how powerful the RTX 4090 really is, and it’s sure to become more impressive once Cyberpunk 2077‘s Overdrive ray tracing mode is here. Once you sit down to actually play, you can take advantage of DLSS 3 to multiply your frame rate, even with ray tracing cranked up. Our 40 fps average jumped all the way to 135 fps with DLSS 3, all at 4K with ray tracing set to the highest setting. Other GPUs aren’t even close.

Microsoft Flight Simulator is a terrible game to showcase a new graphics card, but the RTX 4090 is an exception to that rule. The game now supports DLSS 3, which really shines with its frame generation capabilities in Microsoft Flight Simulator. The game is notoriously CPU limited, meaning that even the ultra-powerful RTX 4090 can’t stretch its legs.

DLSS 3 gets around that issue by generating new frames. Even when fully limited by your processor, the upscaling tech can double your frame rate by simply generating a new frame every other frame. Microsoft Flight Simulator may be a terrible showcase of graphics power normally, but with DLSS 3 now available, it’s the best way to show off the RTX 4090.

Control was one of the earliest showcases of ray tracing and Nvidia’s DLSS, and three years on, it’s remarkable how well the game runs on a variety of hardware. Still, it can humble high-end machines. With maxed-out ray tracing settings at 4K, no graphics card has been able to reach a smooth 60 fps without help from DLSS. Except for the RTX 4090, of course.

Control hasn’t received a DLSS 3 update, and it likely won’t, but the RTX 4090 marks an important milestone for the game. It’s the only graphics card right now that can maintain a high frame rate in the game without help from upscaling, assuming you want full ray tracing settings and you’re running the game at 4K.

Similar to Control, the RTX 4090 reaches a major milestone in Red Dead Redemption 2. It’s the only GPU that runs the game well above 100 fps at 4K with maxed-out settings. And it’s quite a bit ahead of that mark. In our testing, the RTX 4090 was able to push out nearly 130 fps, which is 52% faster than the RTX 3090 Ti.

With the assistance of DLSS — the second version without frame generation, in this case — you can push that up to the 150 fps mark. That’s a big deal if you’re running a 4K display with a 144Hz refresh rate. Prior to the RTX 4090, you simply couldn’t take advantage of that high of a refresh rate in Red Dead Redemption 2. Now you can.

Marvel’s Spider-Man is deceptively demanding. Although you can maintain a high frame rate with most GPUs thanks to DLSS and AMD’s FidelityFX Super Resolution (FSR), you need some serious power to run the game with full ray tracing at 4K. The RTX 4090 is up for the task, which shouldn’t come as a surprise, but we’re recommending it because the game supports DLSS 3.

Flying through the streets of Manhattan is much better at a higher frame rate, and DLSS 3 is the key to that high frame rate. Similar to Microsoft Flight Simulator, Marvel’s Spider-Man is notoriously CPU limited as well. DLSS 3 bypasses that issue.

F1 22 requires a lot of power to run at 4K with ray tracing turned on, but that’s not why we’re recommending it. Like Marvel’s Spider-Man and Microsoft Flight Simulator, the game is limited by your processor. But it now supports DLSS 3, so you can get past that bottleneck and run the game at a higher frame rate.

The F1 games have always been a litmus test for PC gaming performance, and F1 22 is no different. It’s a great showcase for new PC hardware in general, but DLSS 3 really pushes it over the edge for the RTX 4090.