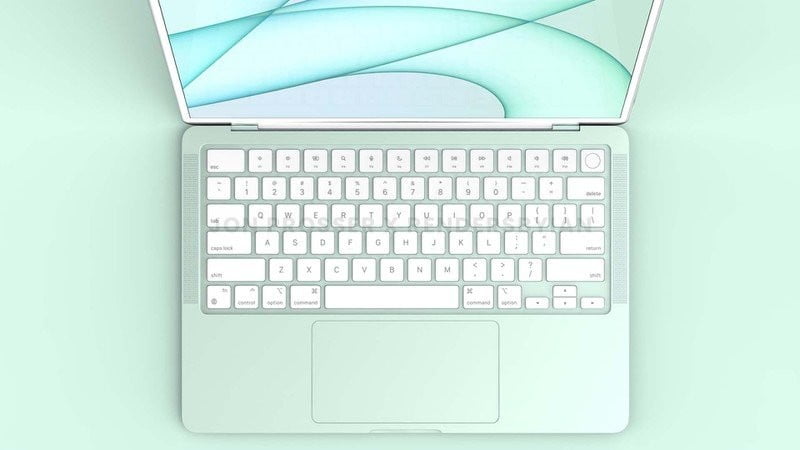 What if your laptop didn’t have a trackpad, but instead a removable key that could work as a mouse? That’s exactly what Apple is trying to do according to a recently spotted patent application.

The feature is called “Deployable Key Mouse” in the patent application and was first spotted by Patently Apple. The diagrams on the application show a regular MacBook keyboard with a hidden removable key. This key would have a “position sensor” that allows it to function as a pointing device. While docked on the keyboard, the key would still provide typing input like any of the other keys.

In the application, Apple outlines a brief history of the mouse and the many applications of its precision input. However, Apple also suggests that users are “burdened” with having to carry both a computer and a mouse. Therefore, Apple developed this solution for combining the mouse with the keyboard itself. It’s all very efficient and convenient by Apple’s reasoning.

Apple showed various “embodiments” that this built-in mouse could take. In one, the key is a single item that can be inserted vertically into the keyboard chassis. Oher drawings show removing the key sideways from the chassis. Still, other embodiments show a set of keys being removed instead of just one key. This may be better from an ergonomic perspective since a single MacBook key is pretty small.

One obvious question may be about mouse buttons. Apple has that covered as well. One of the diagrams show a retractable button that could also act as a joystick. Another picture shows an optical or touch sensor on top of the key that would allow users to provide sliding input for scrolling, similar to Apple’s existing Magic Mouse.

Interestingly, this isn’t even the most outlandish patent application we’ve seen from Apple. Last year, Apple was granted a patent for AirPods that could be controlled through gestures. Oh, and these gestures don’t involve touching the AirPods themselves, so theoretically, one could use their teeth or tongue to control aspects of the wireless earbuds.

Patent applications are hardly a predictor of the future, but can provide insight into ideas that a company may want to try out one day. One could imagine Apple implementing this idea into compact keyboards such as for the iPad. While the Magic Keyboard for the iPad contains a trackpad, some people may prefer the precision of an actual external mouse. This may well end up being either a feature that nobody asked for or one that many can’t live without.

NordVPN is Practically Giving Away a Two-year Subscription | Digital Trends

NordVPN is Practically Giving Away a Two-year Subscription | Digital Trends