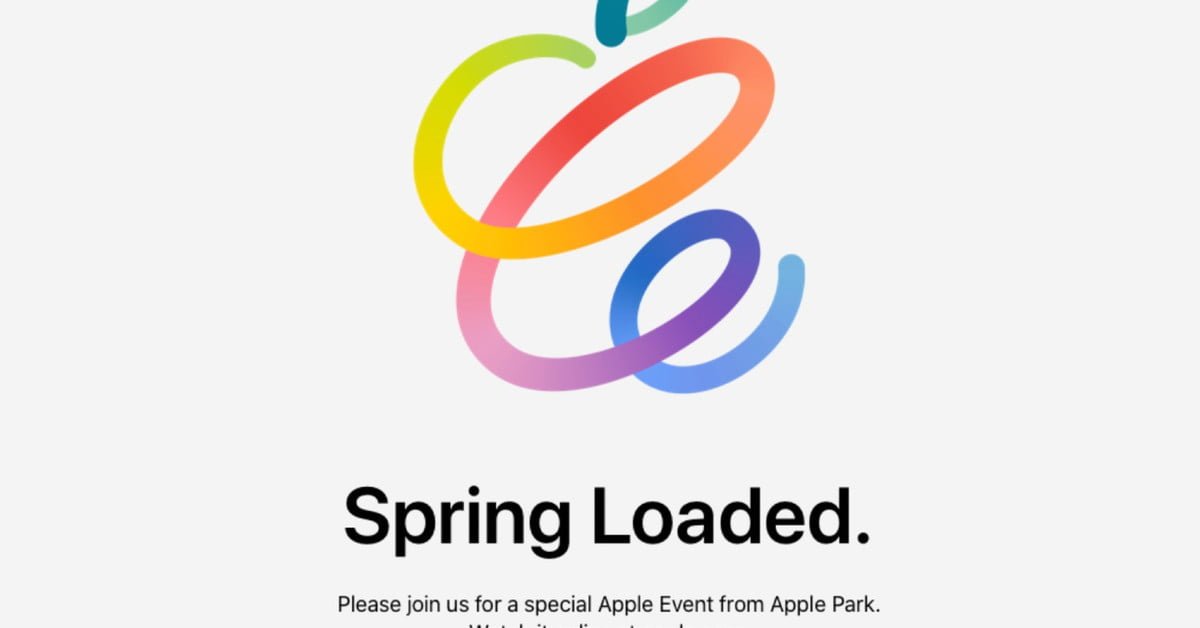 Apple’s Spring Loaded event, set for April 20, will not contain anything “particularly innovative” or “extraordinary.” That is according to Mark Gurman, one of the most reliable Apple analysts in the biz.

Gurman was speaking on Bloomberg Technology when he made the comments. When asked what the significance of the event is to Apple, Gurman replied: “Nothing you are going to be seeing next week is particularly innovative… There’s nothing extraordinary that we haven’t seen before from Apple or anyone else. These are more iterative updates.”

That does not mean there is nothing to look forward to at next Tuesday’s event. Gurman explained that the main thing to look out for is an updated iPad Pro with a new processor that is “on par” with the M1 found inside the latest batch of MacBooks, as well as in the Mac Mini.

The biggest tweak to the iPad Pro will come to its display, Gurman claims. The larger of the two iPad Pro models (the 12.9-inch version) will be kitted out with a mini-LED screen, which will noticeably ramp up its brightness and contrast ratio to create a “better user experience.”

Gurman also said the iPad Pro would come with an “updated port that can sync faster with more accessories.” This is presumably referring to Apple’s rumored plans to replace the USB-C port with a Thunderbolt 3 slot, which offers much higher bandwidth yet shares the same port design, meaning you will not need to buy any new dongles or accessory cables.

There is one possible product that could crank up the innovation factor. Gurman said to watch out for a big overhaul coming to the iMac. We know Apple’s all-in-one is set for its most significant redesign in a decade this year, and that definitely would qualify as “extraordinary” in our eyes. Gurman said it is possible that it will make an appearance at the Spring Loaded event, in which case it would undoubtedly steal the limelight from everything else.

The final thing we can expect at the show is the unveiling of AirTags. These are Tile-like tracking devices that you can attach to your valuable items so you can track them in the Find My app and locate them if you ever lose them.

We will have all the news from the show as it breaks, so make sure to keep checking back. Wondering what could be announced? We have all the latest rumors to get you up to speed.