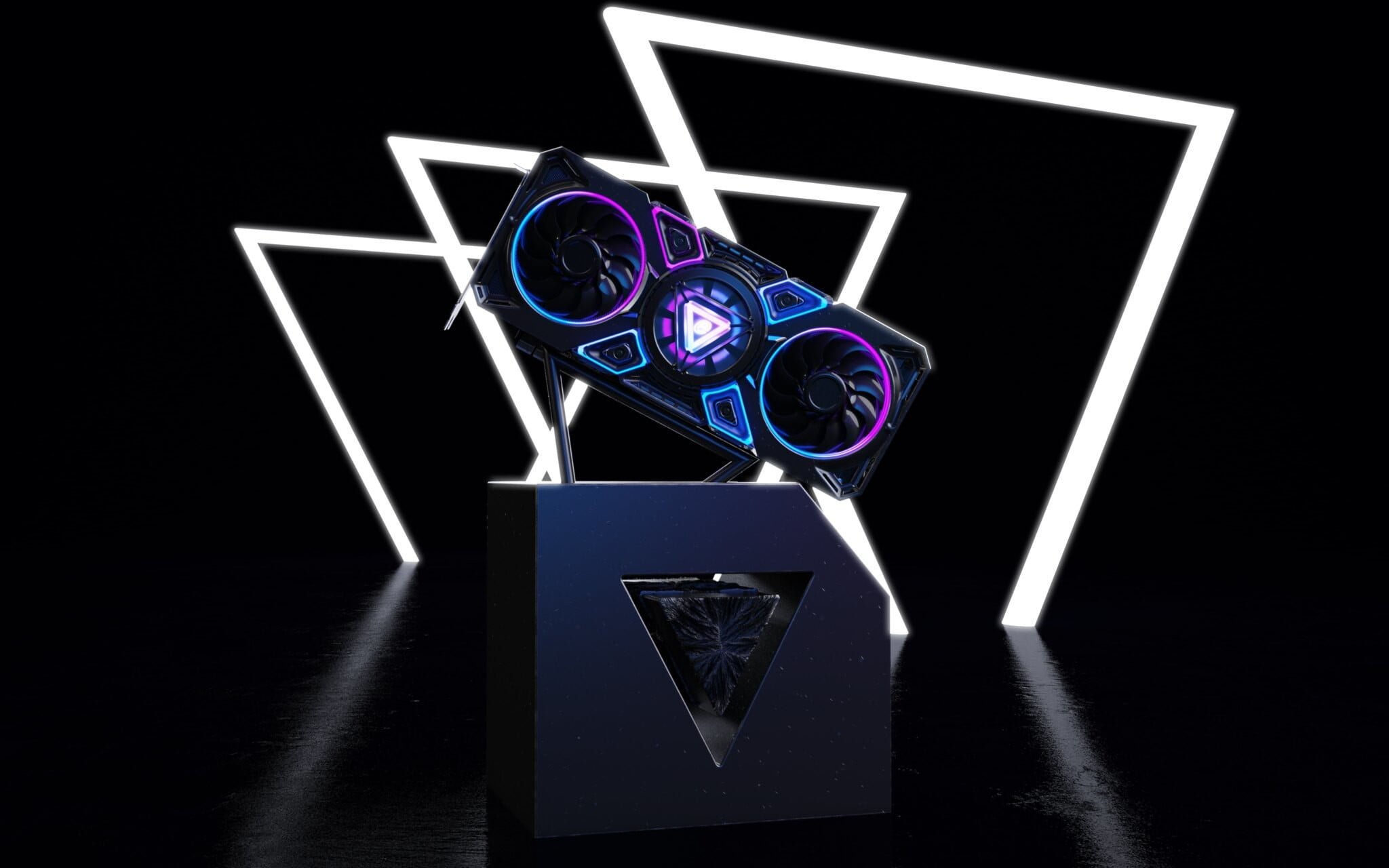 Intel finally pulled back the curtain on its first discrete graphics card. The first generation of cards is code-named Alchemist and is set to launch in the beginning of 2022. Outside of the fact that the cards exist, Intel revealed that they have two key features to compete with AMD and Nvidia.

The first card, formally known as DG2, will support real-time ray tracing and “A.I. accelerated super sampling.” We’re not sure how the supersampling works at this point, but it sounds a lot like Nvidia’s Deep Learning Super Sampling (DLSS) technology. Nvidia’s tech works by training an A.I. model with game images and then employing the supersampling algorithm on RTX graphics cards with dedicated Tensor cores.

We’re not sure how Intel’s implementation works yet. We reached out to see it would work similarly to DLSS, but Intel politely declined to comment. Regardless, the combination of both features puts some heat on Nvidia and a lot of heat on AMD. AMD released a DLSS alternative in the form of FidelityFX Super Resolution (FSR), but it doesn’t use A.I. to enhance the image like DLSS does.

Both features show that Intel is willing to compete in the discrete graphics card market. Ray tracing has become the new standard for big-budget AAA video games, and because it’s so demanding on hardware, a supersampling feature like DLSS is nessacary to run games at playable frame rates.

It looks like Intel understands that. Just last week, Intel announced that it hired the architect behind real-time ray tracing and DLSS at Nvidia. Intel hasn’t revealed how its feature works yet, but that’s a good sign that it’s more similar to DLSS than FSR is.

The future of Intel graphics

Outside of those two key features, Intel didn’t reveal much about its upcoming card. The video announcement showed a montage of games running on pre-production silicon, including Forza Horizon 4, Psychonauts 2, and Metro Exodus. Unfortunately, the gameplay demos didn’t show frame rates, and an Intel rep told us that the company isn’t ready to make performance claims at this time.

Leaked benchmarks showed a pre-production unit hitting clock speeds of 2,200MHz, which is faster than most consumer graphics cards. That doesn’t reveal much about performance, but it shows that Intel may be able to push its Xe-HPG architecture pretty far.

All future graphics endeavors will live under the Intel Arc name, including hardware, software, and services. The Arc name comes from the fact that “every game, gamer, and creator has a story, and every story has an arc.” Queue the Curb Your Enthusiasm theme.

The name would probably be better off without the explanation, but it’s clear Intel is all-in on the gamer aesthetic with this brand. Intel announced three upcoming generations of cards, codenamed Battlemage, Celestial, and Druid. For Alchemist, Intel said it will reveal more details later this year, and that cards will show up in desktops and laptops in the first part of 2022.

First-generation cards some with full support for DirectX 12 Ultimate, meaning that they’re capable of features like DirectX Raytracing and variable rate shading. Again, Intel isn’t ready to reveal further details on this front, but we’ll keep this story updated if we hear anything else.