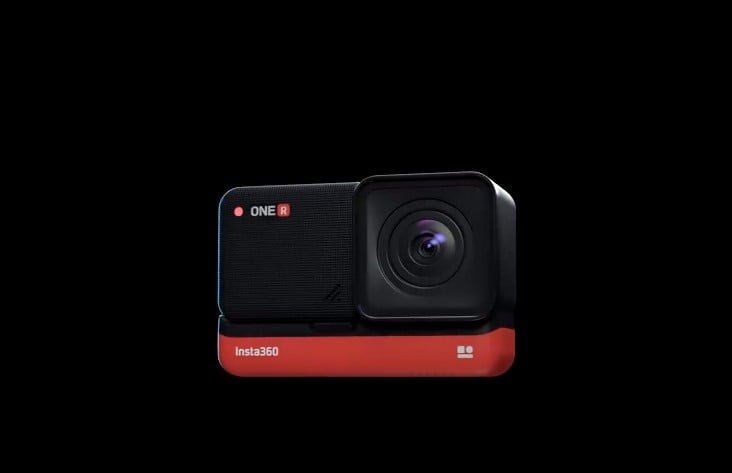 Insta360’s One R modular camera kit won a lot of praise when it launched last year. Indeed, in our in-depth review, we were particularly impressed by the 360-degree unit, saying: “The videos are great, the versatility is unbeatable, the app extensive, and it’s simply a blast to shoot with.”

Since then, the China-based company has rolled out a number of software updates to increase the fun you can have with any of the One R’s three cameras. The latest update dropped this week, and we think you’re going to like it.

Highlighted in the video at the top of this page, the One R’s latest set of incoming features include Horizon Lock and Loop Recording, as well as various editing tools and tricks.

So let’s dive in and take a closer look at what’s new for Insta360’s One R kit.

First up, Horizon Lock is now available for the 1-inch camera, as well as for the 4K wide-angle camera that’s part of the One R Twin Edition, which includes the 360 camera. Insta360 describes Horizon Lock as “particularly useful for action scenes or whenever it’s difficult to hold the camera steady [as it] keeps the footage upright and level when shooting in Pro video mode (FlowState Stabilization) at 30fps.” With 360-degree Horizon Lock, you can access horizon leveling for full rotations along a single axis of the camera, creating some head-spinning effects that could leave some folks feeling a bit queasy.

The new Loop Recording feature lets you use any of the cameras in your One R kit as a dashcam. Fire up the new function and you’ll always have the last 30 minutes of video available to view, with the previously recorded footage automatically deleted.

Away from the car, Loop Recording also means you can shoot continuously while you wait for a particular event or moment to take place. As per Insta360: “Imagine for instance waiting for a friend to arrive at a surprise party — just set the camera up in advance, wait for them to arrive, and then stop recording once you’ve got the shot. Only the preceding minutes of footage will be saved, freeing up vital space on the memory card.”

Other improvements include a new framerate option of 4K 50 fps when recording in Pro video mode for both the 4K and 1-inch cameras, and a new Vivid color profile for the 1-inch camera offering more vibrant footage straight from the device.

And that’s not all. The latest update from Insta360 also includes new editing features such as AquaVision 2.0 for more realistic underwater colors, Horizon Flip that lets you create a peculiar mirror image, and the bizarre Overtaker function that lets motorcyclists overlay data on the video that shows the number of cars they pass. Insta360 claims the effect makes the footage look as if it’s come straight from a video game.

The update is available now through the usual channels that include the Insta360 app (iOS and Android) and Studio desktop software.