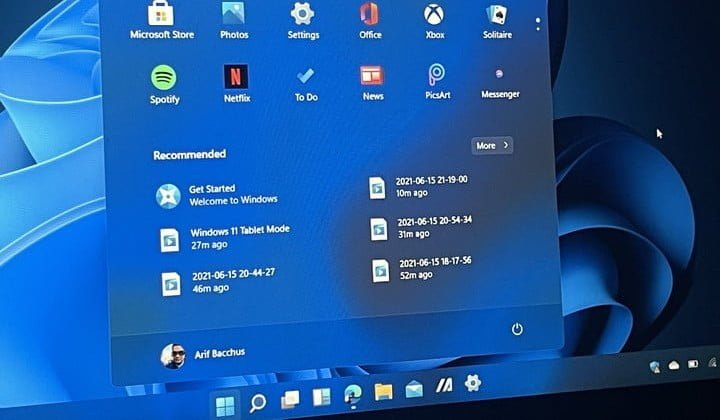 It appears that Microsoft may be working on a lightweight version of its next-gen Windows 11 operating system called Windows 11 SE. The OS is believed to be the direct successor of Windows 10 S, which was eventually rebranded to Windows 10 in S Mode, an operating system that Microsoft developed for use in the home and education markets and is designed for long battery life and sustained performance. Windows 11 SE could be marketed as a competitor to Chromebooks when it debuts, and like its predecessor, may not allow installation of apps outside of the Microsoft Store.

You’ll be able to convert your online account to a local account after logging in, but the early build doesn’t yet support multiple users. Right now, the Microsoft online store appears to be blocked, but Win32 apps appear to be running. Widgets, however, doesn’t work on this build, @fakirmeditation wrote in a number of subsequent tweets.

Like leaks for the upcoming but unannounced Windows 11 update, the desktop version of Windows 11 SE was shown with a centered taskbar and redesigned Start Menu, unlike the left-justified Start menu on current Windows 10 builds.

According to journalist Mary Jo Foley, the build that @fakirmeditation posted appears to be the S Mode SKU for Windows 11. Sources that talked to WMPowerUser noted that Windows 11 SE could be the successor to Windows 10 Cloud Edition, which Foley clarified on Twitter was just the code name for Windows 10 in S Mode.

In a subsequent tweet, Foley claimed that she has not heard any information about Microsoft wanting to get rid of S Mode. It’s unclear then if Microsoft will ultimately launch this variant of Windows 11 as Windows 11 SE, as the screenshots depicted, or if it will instead use a Windows 11 in S Mode moniker.

When Microsoft originally launched Windows 10 S, it promoted features like a fast boot-up time, the same core code as Windows 10 in a lightweight package, and lower hardware requirements that could make laptops and PCs cheaper. Traditionally, Windows 10 PCs could also be upgraded to the Windows 10 S platform if owners chose. Microsoft had intended its S Mode platform as a way to combat the rise of Chrome OS and Chromebooks in the education segment.

The company has an event scheduled for June 24, and we likely will hear more about the future of Windows at that time.