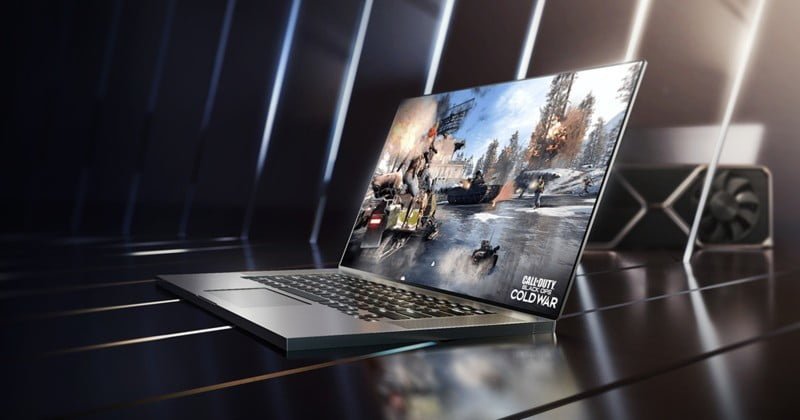 Nvidia has announced the RTX 3050 Ti and RTX 3050, new graphics cards for affordable gaming laptops. These two new graphics cards will launch in laptops starting at $799 and come with support for the latest RTX 30-series features, such as RTX ray tracing and DLSS (deep learning super sampling).

Some of the first laptops to use these new graphics include the Dell XPS 15 and Lenovo Legion 5i.

Nvidia’s goal with these new gaming laptops is to hit over 60 frames per second (fps) in 1080p gaming at Medium settings with both ray tracing and DLSS turned on. They are an update to the GTX 1650 Ti and 1650, Nvidia’s entry-level option for gaming laptops. These 16-series cards were made in place of an RTX 2050, as performance levels weren’t currently high enough to handle RTX effects. While the GTX cards technically support ray tracing, they lacked dedicated hardware for ray tracing — unlike the RTX 3050 Ti and 3050.

Samsung initially spoiled the surprise last week when it unveiled the ultraslim Galaxy Book Pro Odyssey and the mysterious RTX 3050 Ti graphics card inside. Now ,we have the full details on the RTX 3050 Ti and 3050, which Nvidia shared them with the press ahead of its announcement.

The RTX 3050 Ti and RTX 3050 are a clear upgrade from the GTX 1650 Ti. Not only is the overall CUDA core count bump up by 60%, the addition of RT cores and Tensor cores means much better ray tracing and DLSS performance. Nvidia didn’t provide information on the base frequency of these two new graphics cards, but did offer a range of boosting frequencies.

Instead, Nvidia focused on the comparison between the RTX 3050 Ti and the GTX 1650 Ti, specifically in five games: Call of Duty: Warzone, Outriders, Control (RT), Watchdogs Legion (RT), and Minecraft (RTX). Only two of these titles, Call of Duty and Outriders, are what you’d call “fair,” non-ray tracing comparisons. Nvidia didn’t provide specific frame rates, but there’s around a 15% jump in performance. This is without DLSS turned on, which otherwise helps performance.

Of course, if you want to try out some ray tracing, the RTX 3050 Ti allows you to play games at over 60 fps, so long as DLSS is always turned on. Playing Minecraft with RTX, which uses path tracing, is basically a nonstarter on the GTX 1650 Ti.

I imagine most gamers are more interested in how the RTX 3050 Ti handles lighter esports titles without heavy ray tracing effects, but we won’t know exactly how they perform until we can test the systems ourselves.

Nvidia has also announced an update to its Nvidia Studio laptops in the form of new drivers for laptops like the Dell XPS 17, HP ZBook Studio, Asus Zephyrus M16, Lenovo IdeaPad 5i Pro, MSI Creator Z16, and many more. These laptops now have support for RTX 30-series graphics cards and should see a significant benefit to content creation performance.

The Nvidia graphics card launch also lines up with new mobile processors from Intel, the 45-watt H-series chips in the 11th-gen Tiger Lake line. Other gaming laptops such as the Razer Blade 15 received significant updates to these latest processors, as well as added some new features such as a 1080p webcam.