The HP Spectre x360 14 Is My New Favorite Laptop. Here’s Why | Digital Trends 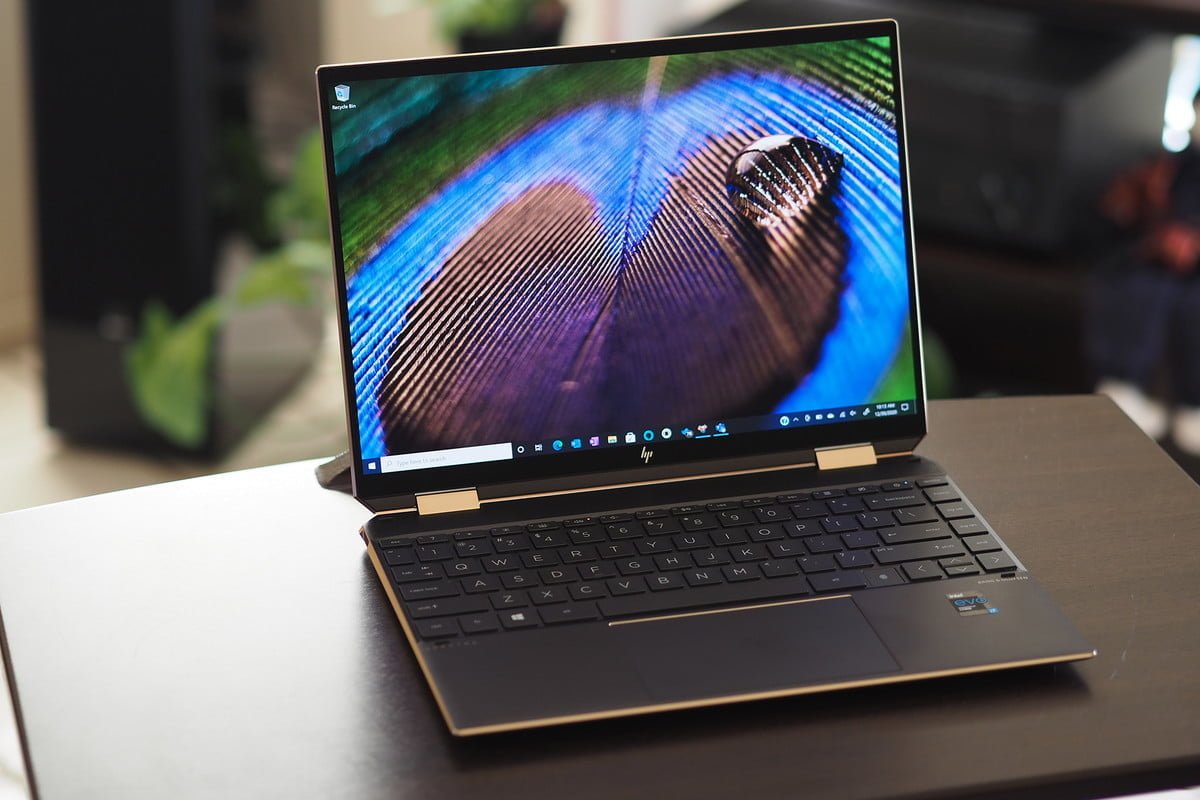 Over the past couple of years, I’ve reviewed exactly 125 laptops for Digital Trends, and out of all those computers, the HP Spectre x360 14 isn’t just one of my favorites — it’s my favorite laptop, period. There’s a reason it made its way to our best 2-in-1s list, not to mention it’s one of the best laptops for writers.

That last achievement should serve as a hint as to why I like this laptop so much. I’m a writer, and while I use other, more powerful machines when I need them, my writing laptop has its own extremely specific requirements. The Spectre x360 14, which I’ve used for about six months now, meets those requirements and then some.

It’s the Goldilocks of laptops

As laptops have gotten smaller thanks to tiny bezels, 13-inch laptops have tipped over into being too small. The Spectre x360 13, for example, is an excellent machine with a lovely OLED display available and a very small chassis. But for me, that just makes the palm rest and touchpad too small. The Dell XPS 13 is better thanks to its 16:10 aspect ratio that makes for a taller display and more space below the keyboard, but it’s too small for me as well.

That’s where the Spectre x360 14 comes in. It has a 13.5-inch display in the even taller 3:2 aspect ratio, which gives tons of space for a larger touchpad and more palm rest real estate. And yet, thanks to its small bezels, it remains a relatively small laptop. The Microsoft Surface Book 3 13 also has a 13.5-inch 3:2 display, but its bezels are wider and its form makes for a larger chassis.

At the same time, 15-inch laptops are too large to comfortably carry around. Again, tiny bezels have made for smaller machines, like the Dell XPS 15, but I still find them unwieldy for when I want to move around the house or relocate to another environment entirely. As a writer, I don’t like to be stuck in one place. A change of scenery, even somewhere else within my house, helps get the creative juices flowing. And here, the Spectre x360 14 is just large enough to be comfortable to use but small enough to be comfortable carrying around.

Everyone has different preferences, but for me, the Spectre x360 14 is the Goldilocks of laptops. It’s just the right size.

It has an excellent keyboard

For the longest time, HP’s Spectre keyboard has been my favorite. It offers plenty of travel, great spacing and a comfortable key size, and a switch mechanism that manages to be both light and precise with a crisp clickiness. Apple’s Magic Keyboard on its latest MacBooks is also excellent, but in the Windows 10 world, I’d rather type on a Spectre than any other laptop.

The Spectre x360 14, of course, uses the same keyboard and I love it. Coupled with the size and the generous palm rests, it’s the laptop that I enjoy writing on the most. You really can’t minimize the importance of a good keyboard to a writer — it rivals the display as the most important component. We writers don’t want slow machines, but for our primary task, putting words down on a page, it’s the keyboard and not the performance that keeps us humming along.

The display is a dream

I’ve been using the Spectre x360 14 with its optional 4K OLED display. While this is a bright and colorful — and color-accurate — display that photo and video editors would love, that’s not what draws me to it. Rather, it’s the unworldly contrast ratio (374,200:1, compared to the XPS 13 4K’s also good 1,360:1) that makes it particularly special.

Contrast matters to a writer because it determines how black the text looks on a white background. I like text that pops, and the Spectre x360 14’s display puts out some of the best text you’ll find.

The 3000 x 2000 resolution, while not my preferred 4K, also makes for very sharp text. That’s just as important as the contrast because I’ve always found pixels distracting when I’m writing. I like text that’s as close to a quality printed page as possible, and again, the Spectre x360 14’s display delivers.

Let’s not forget the 3:2 aspect ratio, which shows off a lot more vertical content than the usual 16:9 panel. I see more of my writing at once, which greatly enhances my productivity. I can multitask with two apps side-by-side — usually, two web browsers, one for WordPress and another for research — and have more vertical real estate to work with.

The performance and reliability are beyond good enough

I mentioned that performance isn’t key for me in my writing laptop, but that doesn’t mean I’ll settle for a poorly performing machine. The Spectre x360 14 is plenty fast enough for my writing tasks, and in those few occasions where it’s the only machine I have and I need a little extra power, I can use HP’s Command Center utility to put the laptop in performance mode.

The Spectre x360 14 boots quickly, opens apps without delay, and keeps me productive when I’m using multiple web browsers for writing and researching. I can keep my other apps open as well without penalty, such as Microsoft Teams and To-Do, and never skip a beat. It’s not the fastest laptop in its class, but it’s plenty fast for me.

The 2-in-1 has also been reliable over the six months I’ve used it. I have not run into a single issue — the Spectre x360 14 goes to sleep when it should, wakes up when I want it to, and hasn’t suffered a single glitch. I can’t say that for every laptop I’ve used.

And that’s not all

There are other reasons why I love the Spectre x360 14 that have less to do with my primary task of writing. It has an elegant aesthetic and a smart, functional design, and while I don’t use it often as a tablet, I do appreciate its media mode for Netflix binging — which looks awesome thanks to the OLED display. It also has surprisingly good battery life given its power-hungry display, letting me put down words for hours without running out of power.

I’ve reviewed enough laptops to know what I like, and what I like best is the Spectre x360 14. If you’re a writer, or really anyone who can benefit from a great keyboard, awesome display, and just the right size, I strongly recommend this laptop over the many others I’ve used. There’s a reason why I gave it a 10/10 score and an Editor’s Choice award in my review. It really is that good.