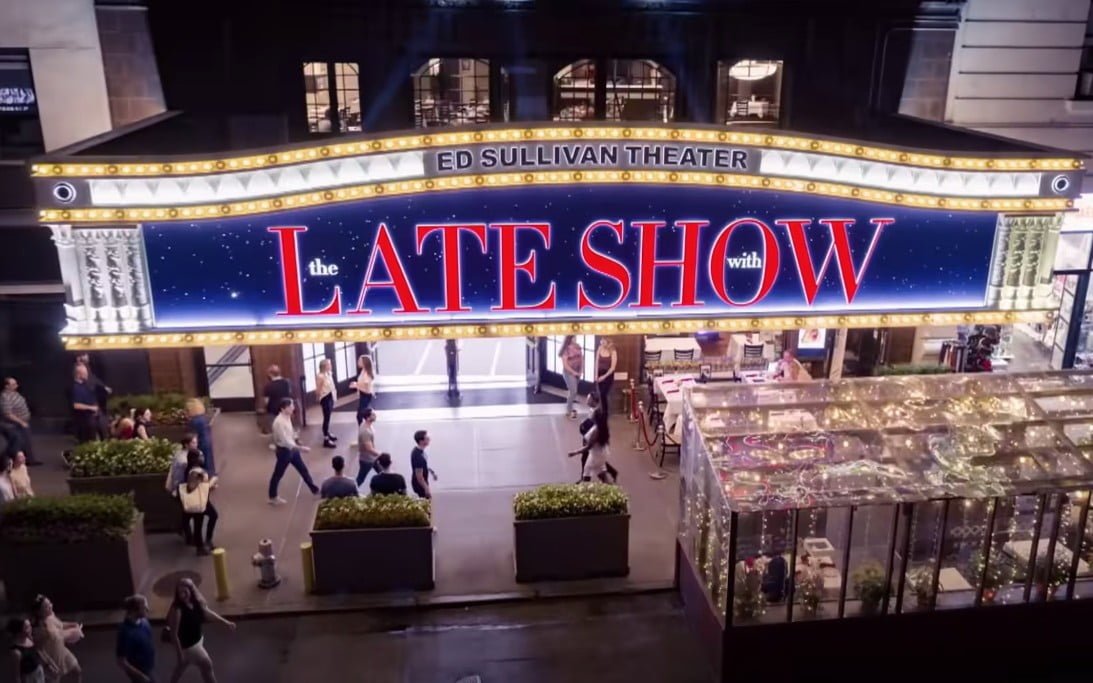 Stephen Colbert’s Late Show welcomed back its first live audience in 15 months this week, marking the occasion with a snazzy opening sequence shot by a drone at New York City’s Ed Sullivan Theater where the show is recorded.

Footage created using first-person-view (FPV) setups in which the drone operator uses a real-time video feed delivered to a headset has been gaining in popularity, with mainstream broadcasters and even Hollywood getting interested in hiring the best pilots. Such drone kits usually use specially built flying machines that are faster and more versatile than regular consumer drones.

Late Show senior producer Jake Plunkett and art director Andro Buneta came up with the main plan for the fly-throughbefore handling responsibility for the shoot to New York-based CineRigs.

“The biggest obstacle we faced was getting everything we wanted into a 30-to-40-second box,” Plunkett told Variety, which got an advanced look at the new opening sequence.

The final piece is an impressive bit of work, with the camera starting off outside the theater before swooping down through the doors and into the audience-packed studio. The drone then zips off to take us behind the scenes of the show, performing plenty of challenging moves as it goes. The sequence ends with a shot of Colbert arriving on stage, cheered by the first live audience to attend the show in 15 months due to the pandemic.

While the Late Show’s drone video is designed to look like a single take, watch carefully and you’ll spot several moments where the footage was likely edited. Still, that doesn’t take anything away from the impressive fly-through, which matches perfectly with the band’s intro music and Jen Spyra’s enthusiastically delivered voiceover.

FPV drone videos have been getting a lot of attention lately, with pilots’ skillful handling of the camera-equipped quadcopters producing some extraordinary results. Take this truly astonishing effort showing a fly-through of a bowling alley in Minneapolis, or this brilliant tour of a soccer stadium in England.

Impressed? Then your jaw may well hit the floor if you watch these equally amazing FPV drone videos shot by pilots clearly at the top of their game.